Often, we can be caught either taking our eye off the ball or watching the ball to see how nice it looks as it hurls gracefully toward our faces. I did this once playing baseball and stepped straight into a curve ball while at the bat. I did this in basketball and caught a pass under the basket with my face.  In both instances, I was forced back into reality through embarrassment and pain.  In both instances, my coach took advantage of the moment to rightly instruct me. Junior-highers are more apt to make such errors; however, professional athletes are not immune. 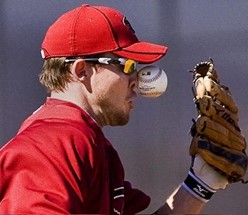 At times, a missionary will be caught having taken his eye off the ball. That ball, then, will hit him in the face. It’s embarrassing. It’s painful. But, unless it crosses the line of ethical misconduct, it shouldn’t be ministry ending.  It is often caused by one of three things: a momentary departure from wise judgement making (Pv.26:27), a ministry philosophy foreign to the Scriptures (Pv.3:6), or even a massive disruption caused by a traumatizing event (Pv. 18:14). In any case, consultation, correction, and compassion can be enough to restore him. I think of Jesus correcting Peter after his denial (Mk.14:30), or Paul’s correction of Peter during his dissimulation (Gl.2:11). What made the difference in both situations was Peter’s proclivity to be recovered. We shouldn’t have junior high school level missionaries on the field….but neither should we cast the best of our well trained and positioned missionaries to the bench for not being immune to a junior high-level mistake. Having taken a ball or two in the face myself over the years, I have always appreciated those both over me and under me who sought to rescue rather than to try to ruin me. Let’s pray, plead, and plod for our co-laborers in the faith as they labor for us in the field in imperfect yet ethically intact way

Our First Distinctive: Partnership June 2022   It is no secret that the missionary force of today is shrinking by the year. Those surrendering are a fraction compared to what they once were.  While it is hard to come up with hard and fast numbers, it could be said that half of those who surrender […]