As Jesus prayed in Gethsemane for the Father’s will to be done, he arose to find his followers, “sleeping for sorrow.” (Lk 22:45) Peter, James, and John, who would one day lead the tireless charge in turning the world upside down under the commission of their King, were so worn at this moment that they could not even obey the simple charge to watch and pray for one hour. (Mt.26:40) Nevertheless, it was in that state Jesus yet beseeched them again to “rise and pray.” (Lk 22:46) Their hour was slipping away while they slumbered. Christ’s imminent death was galloping toward them, yet their ears could not hear it nor could their hearts conceive it.

With an eerie foreshadowing of the final church shortly before Christ’s imminent Return, we find ourselves overcome with sorrowful slumber in our eyes…even so, we have but one hour to watch 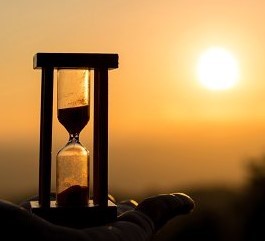 and pray as well.  The charge to the church is to pray for laborers who will make disciples. (Mt.9:38, 28:19, 2 Tm.2:2)  The essence of equipping disciples is found in our commitment to accomplish that Scripturally and spiritually (2 Tm.3:16-17 ,Gal.2:20)  To that end, we are beckoned to now stir in this, our hour to pray.  Consider these three items for which we must now commit to pray with concerted effort.

1.) That missions would be forged biblically. For the dwindling of daylight, many have conceded certain biblical principles so they by any means necessary bring some people to Christ. Their motives are noble, but our mandate is forged in heavenly presses. The Sword of the Spirit expounds tried principles, plans, and patterns. Because of this, we are obliged to follow what God has founded. Pray for biblical integrity to be in missions.

2.) That missions would be germinated spiritually. For the lack of laborers, many have launched out in the power of the flesh and the arrogance of the intellect to manipulate ministerial results. Yet, labor is not tilled and planted in repentant faith nor brought forth by the Spirit of Christ. Even if the vines of missions must be pruned back to their base, moving backward may be the only means to forging forward spiritually. Pray for spirituality to be in missions.

3.) That missions would be attended to urgently. As I punched into work at college each day with my crew, a sign hanging above the timeclock greeted us with these words: “If you don’t do it RIGHT the first time, when will you have time to do it AGAIN?” It is true also in missions. We will inevitably do some things wrong. However, when the day is well spent and the laborers left are few, but biblical obligations are set and spiritual growth is sprouting, then—and only then—is urgency able to be rightly pursued in missions. Pray for urgency in missions.

Will we awaken to our hour to watch and pray?

Strengthening the Supply Lines – September 2020 In my attempt to jest with people, sometimes I cross a line into what some would consider to be abrasive or even offensive—both being unintentional.  I try too hard at times to ‘fit in’ around people with whom I already have a hard time connecting and so my […]