Our Missionaries Serving the Home Office 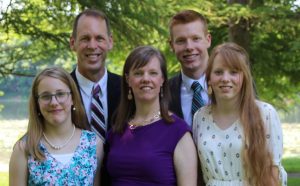 Rodney & Lynn Myers served as church planting missionaries in Tanzania, Africa for 13 years before relocating to the United States in May, 2017. Rodney assumed the role of General Director on January 1, 2018. They have four children: Shawn, Jamison, Moriah & Cherith. You may contact Rodney at gffdirector@comcast.net or at 850-450-8778. 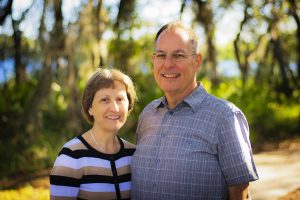 Chris joined our GFF team in December 2019 as the Director of Missionary Care where he ministers to our serving missionaries as well as helps train new recruits. In addition to these important ministries, him and Nancy also travel hosting Table Talk discussions about missionary care with pastors and directors of other mission boards. You can learn more by visiting www.gfftabletalks.com or write gfftabletalk@gmail.com as well as cluppino313@gmail.com.

Ted and Sandy Ball (Ted is with the Lord) 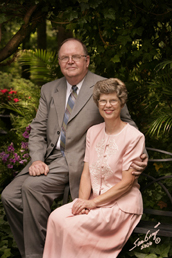 The Ball family is both current and former GFF missionaries, having served with the Fellowship in the 1980s & 1990s, and then serving in another ministry for twelve years before returning to the Fellowship. They have been active church planters all of their adult lives, having planted six churches in the United States during their years of ministry. Ted served as Assistant Director until his passing in 2017. Sandy remains extensively involved in mission correspondence and encouraging our GFF missionaries.

WHAT DOES “GFF” MEAN?

THE GOSPEL FURTHERING FELLOWSHIP is a Fundamental Baptist Mission incorporated as a 501(c)3 non-profit organization in the Commonwealth of Pennsylvania since 1935. The meaning behind our name is as follows:

GOSPEL We present “the gospel of Christ: for it is the power of God unto salvation to every one that believeth,” (Rom. 1:16).

FURTHERING We propagate the Gospel to those who have never heard. “As it is written, How beautiful are the feet of them that preach the gospel of peace, and bring glad tidings of good things!” (Rom. 10:15.)

FELLOWSHIP We partner together with local churches and their missionaries that “… their sound [may go] into all the earth, and their words unto the ends of the world.”  (Rom. 10:18).

We believe the preeminent ministry priority that God has given to us as an independent fundamental Baptist mission agency, is to assist like-minded churches to exalt and glorify God by planting independent and indigenous local churches.

INDEPENDENT We believe that churches are determined and designed by God to be self-supporting, self-governing, and self-propagating—self-supporting being the key factor in establishing the latter two. (1 Cor. 9:11-14; 2 Cor. 8:3-8).

INDIGENOUS We believe that the evangelistic methods through which nationals come to Christ by the “New Birth” are those which target their sinful condition before God rather than the suffering of their societal circumstances.

This means our missionaries also are careful to learn the language and culture unique to the people they target for evangelistic church planting to communicate clearly that Gospel message and discipleship method. We believe that the indigenous method clarifies the message of repentance that a “regenerated believer” would be ready to take up his Cross and follow Christ upon conversion. (Luke 12:8-12; 24:46-48; Phil. 2:12-16).

Because GFF believes in planting independent fundamental Baptist churches in both NAME and NATURE, these six philosophies together often distinguish us from others:

PARTNERSHIP We pair new missionaries with mentors for deputation, deployment, and debriefing to help overcome the shock which often overwhelms new missionary candidates.

PLANTING We start churches that are independent and indigenous from inception rather than it being an eventual aspiration.

PROPAGATION We practice evangelizing by targeting the sinner’s conscience rather than his societal circumstances.

PATTERN We participate in modeling an autonomous ministry which can be replicated through the faith and finances of national believers themselves rather than following an irreproducible pattern set by heavily outfitted missionaries.

PROMOTION We purpose to target the unreached, underreached and misreached in the “uttermost part of the earth,” (Acts 1:8).

PROACTIVE We provide a proactive rather than a reactive approach to full range missionary care.

GFF is burdened for three kinds of people groups:

UNDER REACHED Those tribes or societies which have no true Gospel witness in their own language or culture, but may have some in a similar language and culture who are not propagating the Gospel.

MIS-REACHED  Those tribes or societies which have been reached with a false Gospel, effectively causing them to trade their bonds of heathenism for the sophisticated shackles of a feckless form of Christianity which does not save.

LABORER GFF IS TRUSTING GOD FOR?

GFF is trusting the Lord for His choice of saved and dedicated servants to help build church planting teams primarily from these categories:

GFF’s 6 Distinctive: Promoting the Gospel November 2022 Not all that is done in the name of missions is “acceptable unto the Lord,” (Eph. 5:10)  That’s why it is necessary to prove our methods as much as it is to prove our motivation when we involve ourselves in the task about which Christ cares deeply. […]