Sometimes spending eighteen hours a day in translating the Scriptures into Kingwana in the Ituri region of the Congo, CT Studd was as staunchly devoted to the missionary task at the end of his life than he was at the beginning.  On days he wasn’t translating, he spent equal time in the teaching and preaching of thousands.  Though his body was old and ravaged with ill-health caused by years of struggling with asthma, malaria, dysentery, and painful gallstones, he labored on believing “Christ wants not nibblers of the possible, but grabbers of the impossible.” 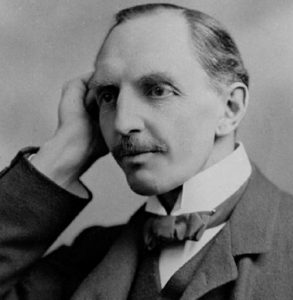 As a result, dozens of churches and thousands of converts were made in the heart of Africa in the waning years of his life.  His heart finally gave out and he passed into eternity on July 16, 1931.  This year is the 90th Anniversary of his death.

Though buried in a simple grave in Africa, buried deeper in his heart was his devotion to Christ having served the Lord in China, India, and Africa.  There are three quotes which have had profound impact on my life, personally.  I trust they will have noteworthy impact on your life as well as you seek to seemingly grab at the impossible in your service to the Lord!

“If Jesus Christ be God and died for me, then no sacrifice can be too great for me to

“Only one life, ’twill soon be past, only what’s done for Christ will last.”

“Some want to live within the sound Of church or chapel bell; I want to run a rescue

shop, Within a yard of hell.”

Closed Doors During a recent trip to North Carolina, I was searching for a church to attend on a Sunday evening.       Being unfamiliar with the area, I opened my GPS and searched for “Independent Baptist Churches near me.” My smart phone exploded with names and locations of dozens of possibilities! Having an affinity to […]