It is no secret that the missionary force of today is shrinking by the year. Those surrendering are a fraction compared to what they once were.  While it is hard to come up with hard and fast numbers, it could be said that half of those who surrender to go with long-term aspirations never make it to the mission field. Of those who actually make it to the field, roughly half leave after staying just 2-4 years. Perhaps it is time to re-examine the way in which we prepare and care for missionaries for long-term missions. 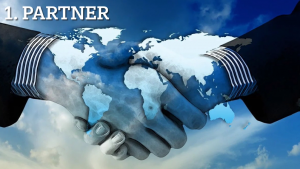 which it is done. I would like to highlight these areas over the next six months so you can understand why we believe and practice what we do.

The first attribute which makes us successful is that we partner new missionaries with experienced mentors who will assist them specifically with deputation, deployment, and debriefing. Missionaries are being trained to go do something they’ve never done in a land in which they’ve never lived and are expected to succeed long term in a skill set they haven’t yet developed.  Having a mentor to walk them through the critical transitions of ministry helps to set or reset them on the right course for bringing about a spiritual dependency and fruit that’s the Lord’s.

Pray that the Lord of the harvest will not only send forth laborers into his harvest, but that he will make us wise in how we partner with them in seeing the task of missions accomplished with integrity and empathy. Let us bear one another’s burdens and thus fulfilling the love of Christ! (Galatians 6:2)

Our Third Distinctive: Propagating the Gospel August 2022 At GFF, we believe that evangelism propagated by the missionary should target the sinner’s conscience rather than his societal circumstances.  When Jesus told his disciples that another Comforter would come, he was not speaking of the Holy Spirit’s primary ministry to the lost, but his prominent ministry […]